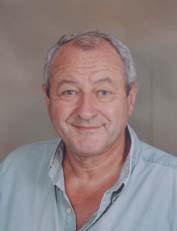 University professor, co-founder of an engineering school, Janik Pilet is a physicist specializing in the spectroscopy of biological macromolecules, initiated into the mysteries of relativity and quantum physics. But he is also passionate about the history of religions and the philosophy of science, as well as sailing.

He is a lover of life. His various publications reflect all of these passions. ..

Man is a social animal: Outside the society of other humans, he has no existence, nor even a chance of short-term survival. Its efficiency superior to that of other species finds its source in the sophistication of its means of communication between individuals through spoken, written, or symbolized language. This capacity allows the storage of the fruits of individual experience in collective memory, even only that of the old men of the horde among the primitives. Didn't Newton say "If I have seen further than the others, it is because I have been carried on the shoulders of giants"? This is why it is important that everyone, as modest and shy as they may be, have the desire to write, draw, express in their own style what is a little original and which is dear to his heart, for the greatest benefit and pleasure of his fellow human beings, and to thank them for everything they have given him, without whom he would be nothing.